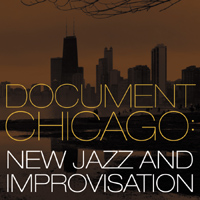 "...a refreshing and essential listen for anyone interested in a sound that could only come from one city." - All About Jazz

"The results are often exhilirating, with barely a weak moment and a real sense of discovery evident on many of these tracks. Short of spending some time there and haunting the clubs, there’s no better way to find out what’s happening in Chicago than by spending some time with Document Chicago." — IAJRC Journal

"... filled with great music... captures a moment in time, one of those brief musical blossomings where musicians are bound together not just by proximity but by an enthusiasm to learn and to invent... there\'s another generation lined up in the second city ready to keep the music alive." — Squid's Ear